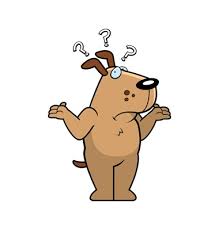 A basic tenet of clicker training is that we teach animals what to DO, as opposed to trying to train them not to do an unwanted behavior. With positive reinforcement, we also find that the animals enjoy responding to our cues and are confident doing so.

When individuals react to something in a way that indicates fear, we can use counter conditioning to teach the animal that the stimulus can be a good thing. For example, when a strange dog approaches, we can feed treats to our horse, or dog, or cat and if we do this over many sessions, keeping our animal safe all the while, our learner will begin to feel like a strange dog approaching is a great thing, not something to be feared.

Further, if something unexpected happens, and we have a solid collection of behaviors that have been trained, we can turn to those cues in hopes of showing our learner what they can do in response. I recently experienced this with both Wilder puppy and Percy horse.

The experience with Percy was less surprising but no less appreciated. Before the most recent snowstorms, I had started walking out with him to work on basic behaviors in places like the barnyard and driveway.  We were shaking off the cobwebs from winter and trying to kick cabin fever. One day I had placed Percy's familiar boat bumper target in the driveway on the ground near the garage.  This is not an area we had ever worked in previous years, but being plowed and no longer icy, it was one of few places we could go. Targeting is a foundation behavior, but this particular object has only been in the barn for about a year. We've worked on it sporadically, using it as a "station". A station is a target that the animal stays at while handlers can walk away. Often, stations are things animals stand, sit or lie ON, but in this climate, that is impractical and so I like things which don't become buried in mud, snow, or fast growing grass.  Usually I hang it from a fence post, a stall bar, or a gate but there was nothing in the driveway to hang it from so I just dropped it on the snow before bringing him out. This was a new position for it, but Percy has shown great enthusiasm for this object in the past so I thought he'd transition easily to this new presentation. As the following video shows, as soon as we went around the corner of the barn, he spied his station and led me to it.

I spent a little time with him, reinforcing him for standing with his nose near it (the criteria is to keep his feet still near it. He doesn't actually have to maintain contact with it). Then I began to move away a little.  This was an assessment on my part. I wanted to watch for any signs of unease from his body signals (high head, inability to stand still, etc) in this new area, even if I was not right next to him. I also wanted to see how strong the stationing behavior was in this new area, when we'd only previously worked in or directly adjacent to the barn with it. I was able to step away about 15 feet in each direction while he remained at his station. Each direction was important to me because it meant that sometimes I was between him and where the monsters come out (in this case, the corner of the farm where deer, moose and bear have come out of the woods), but sometimes I was effectively walking away from him toward the safety of the barn while he stayed in an exposed spot.  Nonetheless, he seemed calm, standing with head lowered and not moving his feet as I walked all around.

Then of course I pushed my luck, underestimating how far away the garage was.  I tried to walk all the way to it and his curiosity got the better of him. He left his station and instead followed me to this new building. As soon as he left his station, I stopped moving to see what he'd do. He peered into the windows of the garage nervously. I could see muscle tension, raised head and wide eyes. Then he turned and walked quickly back to his station. I found this very interesting since he could have chosen to go back to the barn to safety, or even to go to the fence line where his Walter horse friend was whinnying to him. Instead, he chose the trained behavior. He certainly wasn't in panic mode, but it was nice to see that in the slightly stressful new environment, with his "herd mates" calling to him, he chose to do something we had worked on, which I had made a point to be a calming behavior.

The experience with Wilder puppy was more of a surprise, only because it worked as a safety net when I didn't think I'd need it, nor had I planned on using it. I wrote a post on Off Leash walks  about taking Wilder on his first off-leash walk down our road.  It was a very successful outing but I wrote at the end that it didn't mean I would automatically start doing all walks off leash.  I still need to assess various factors each day before deciding whether or not I think we'll be successful or whether to be cautious and keep him on his rope.

A couple days later, I decided to try it again. As before, I had his harness and rope under my arm, and lots of good treats in my pocket. We hadn't gone far when a car approached, unlike the previous outing. I called the dogs, and they both came. My plan had been to pick Wilder up if a car came, rather than risking a solid sit/stay performance from him as the car passed. He's funny about cars.  He always watches them closely as they go by and acts like he'd like to run after them. It's not a chasing behavior, more of a curious "who's in there?" behavior. That's why I wanted him securely in my arms as the car passed.

Unfortunately, when I reached for him, he ducked away. That surprised and scared me. While he used to do that when he first came, he has come to love being picked up. I say this because he will solicit it by sitting right next to me or putting his feet on me in the barn.  When I pick him up, he makes happy little groans and leans into me with eyes closed while held. I was not expecting him to duck away. Thank goodness for the hot dog pieces. I began to drop them at my feet in rapid succession so he and Eloise were kept busy gobbling them up as the car passed.

Again I tried to pick him up, having decided this was not a good idea today, and again he ducked away. He was behaving like a dog who was afraid of being caught. I have no idea what triggered it but I'd seen it a lot when he first came to our home from the rescue. I was feeling a little panicky about what I was going to do since I'd seriously depleted my hot dog supply by raining them down as the car passed. I wanted that harness and rope on him.  Without really thinking about it, I bent over and held the harness out the way I do when I want to put it on him.  The first time we tried to put a harness on him, it was like trying to put one on a baby alligator. It took two of us, one holding him and the other one trying to avoid teeth as he squirmed away. After that, I began harness training behavior until we had it solid.  This video demonstrates the way the harness goes on these days:

Lo and behold, when I held the harness out for him on the side of the road, his demeanor changed from fearful to confident and he walked right into his harness, picked up his foot to slide it in place, and stood quietly while I buckled it on. Phew. Trained behavior overrode the fear of being caught.

In hindsight, I think there were two problems with trying to pick him up. One was that I was most likely exhibiting some stress myself, wanting to get my hands on him before the car passed. If he saw that in my body language, it certainly could have made him nervous as well.  Secondly, I don't usually reach for him to pick him up unless he solicits it. If I want to be able to do that in the future, I am going to have to train it first! In any case, I was grateful for the two behaviors I had trained: the recall which brought him to me on the side of the road, and the offered harness as a cue to step into it.

The more behaviors you have on board, the stronger your safety net when things don't go as planned.